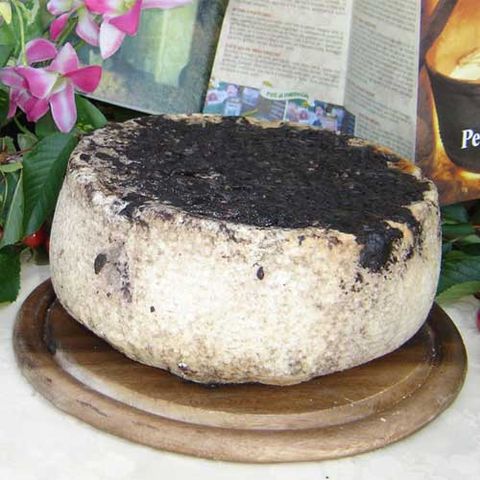 As the name implies, "barrel" pecorino is placed in barrels to keep it fresh over the summer, then the barrel is hermetically sealed.
The cheese becomes imbued with the taste of the wine that the barrel once contained and the flavor is similar to that of "trench-seasoned" pecorino.
Barrel Pecorino starts out as a hard cheese, which is then immersed in wine to soften it up.
The cheese absorbs the flavor of the wine, but, given the initial hardness of the cheese, the wine flavoring does not become overpowering - rather it makes the pecorino delightful to eat on its own or to grate over pasta.
Grape-skin or drunk pecorino: the hard cheese is placed under grape skins to soften it up and allow it to develop a far more delicate and sweeter flavor than that of "drunk" pecorino.
As the skins ferment, the cheese takes on the aroma of the grapes from which the skins came.